Several experiences over the last few weeks got me to thinking about the baptism by fire that is the first year of teaching. One of my former standouts in Spanish class let me know via the miracle of social media that she will be doing Teach for America next year. Another lovely young woman reported that she will be a teaching assistant at her university. Yet another family friend is currently in her first year of teaching special needs middle school students, and her parents were regaling us with stories about her day to day adventures. The young woman doing Teach for America said she would appreciate some hints for working with difficult-to-reach students, so here goes. 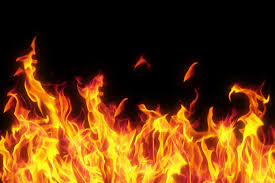 Firstly, why is it a “baptism by fire?” It’s hard to explain to someone not in education, but the reality of one’s first year of teaching is that it is a perfect storm of learning one’s craft versus being foiled at every turn by reality. No matter how well the teacher college at your university prepared you—and in my experience with student teachers, the universities are doing a good job—the fact that you are dealing with human capital means that nothing is predictable. Like many things, this is a profession that you must learn by IMMERSING yourself in it, not by learning ABOUT it.

My first year of teaching, I taught Spanish I and 11th grade “Basic” (not the honors kids, fyi) English. I still feel okay about the job I did in the 4 Spanish I classes because I had done my student teaching in Spanish. The English classes were a different story. I had not student taught in that subject despite double majoring in English and Spanish and getting my teaching certificate in both. I’ve always been my harshest critic, but I felt less than confident about the job I did in that subject area. Still, I got through it and did a better job the second year.

How did the cosmos conspire against me? First of all, there was a shortage of space in the school (which has been a problem in all 4 high schools I’ve taught in). As such, I taught in the band room. I had collapsible desks that we put up and took down three times a day, since I taught in that room before and after the band used it and then they used it after school. That was a lot of nonsense, but nothing I couldn’t handle. The icing on the cake was what I’m going to tell you next.

This particular high school had been built during the energy efficiency craze of the 1970’s, i.e. it had no windows. In fact, despite changing school districts, it would be 19 years before I taught in a classroom with windows. I think it is criminal to have to work/learn/be without windows, but I digress. The second problem with the building was that it was completely constructed out of cement block—which had never been painted. Ugh. The third and final problem was that it had been built on a rather low-lying field and the grounds around it were perennially wet. When it rained—and guess what, it was Ohio, so it rained a lot—worms would find their way under the door to the band room (it had an outside egress) and would prostrate themselves all over the red carpet in a desperate quest for safe habitat. Instead of safety, what they found was a group sacrifice reminiscent of Jamestown minus the Kool Aid. When I would come in to the room in the morning, it was completely normal for the custodian, dear Dale, to be vacuuming up the worms.

It was a very large room and there were a whole big bunch of worms covering it. Eventually, Dale made a salt dam around the cement pad on the outside of the door so that the worms could commit hari-kari outside the building and I could teach in a worm-free environment.

Another bit of nonsense that I had to deal with as a baby teacher was the fact that I was very young when I started. My birthday is in September, so I was still 21 for a few weeks at the start of the school year. Some of my students in Basic English 11 were 19. They smoked and had tattoos. I kept a can of air freshener for the room after they left each morning because it smelled like such an ashtray. I managed them, but just barely. One of them was particularly hard to like. Since it was 1986, he was 135 pounds of mullet-headed, tank top-wearing, lightly-mustached bad attitude. He hated me, but he loved to stare at my chest. Experienced teacher me would have handled Mullet-Boy so much differently. Baby teacher me just ignored his horribleness most of the time and prayed for the period to end. Here is an approximation of his likeness:

All of this is a long-winded way to say that novice teachers are on my mind. What words can I offer them to give them some guidance in case they have a case of the worms or have to deal with a Mullet-Boy?

1. In a previous post I wrote about relationships. That’s the key, so start there. I wasn’t able to cultivate a healthy relationship with Mullet-Boy; I don’t know if it would have been possible, but I didn’t have the tools I needed at the time. Rapport, the human touch, being relatable—that’s where good classroom management starts.

2. If a student requires some kind of discipline, try your absolute best to deal with the discipline privately. In other words, allow the student to save face—and you, too, while you’re at it. A calm (or calmer) discussion in the hallway is generally a good idea.

3. Do NOT send your students to the office for every single infraction. Try to manage the behavior in your space on your own. That being said, when something keeps happening, or it’s something pretty egregious, don’t be afraid to go to your administrative team for help. It has been my experience that your admin will have your back if he or she knows you’re doing your level best to handle things on your own and that you wouldn’t ask if you didn’t need to. There were many times as I mentored a novice teacher who was out of ideas for trying to change a child’s behavior. At those times, one of the suggestions could be that it was time to “go to the office” for help.

4. Some magic words that I learned were, “Let’s have a fresh start tomorrow.” Sometimes this is accompanied by assurances that you are not going to hold whatever the kid did against him/her. Sometimes this is accompanied by an apology on YOUR part—maybe you feel bad (and it’s bad, not badly, btw—you don’t say “I feel sadly”, do you?) that you flew off the handle or that you didn’t handle the situation as well as you could’ve. Taking some ownership for the interaction if it is appropriate can be powerful.

4a. To continue with #4, one of my former all-stars who has been in the classroom for 6 or so years says that she was surprised to find that kids themselves usually don’t hold grudges (I’ve experienced some notable exceptions, but she’s mostly right). They WANT to have a good existence for the time that they’re in your class. Allow them the gift of acting like the previous day’s nonsense didn’t happen. We all need that sometimes.

5. Lastly, do NOT be afraid to call home or to request a parent/teacher conference. Nine times out of ten, it will help the situation (there’s always that one…). A face to face (or at least voice to voice) conversation ensures that the parents are in the loop about what’s happening and that they have ALL the information. In all honesty, sometimes I did this and sometimes I put it off because of nerves. I can see now that I should have done it more—especially as a less-experienced teacher. Even if a student absolutely drives you nuts, for the moments you are working with him/her and the moments you are talking to that child’s parent, you MUST be a professional. It is NOT personal. You CAN and WILL be able to muster up concern for that child even if you’re not really “feelin’ it.” 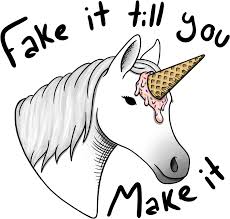 This ended up being more about classroom management than reaching difficult kids (I think?), but I hope something is useful. In the comments below, feel free to add other ideas for this subject or to propose a new topic.

**Disclaimer—while I’ve not always had ALL of the very easiest of children as members of my classroom, I would be disingenuous if I did not admit that I have never taught in a really “tough” or “inner-city” environment. For the most part my administrators were supportive and I had the respect and support of my colleagues and families. My last few years were an absolute dream.

Sharing is a wonderful way to connect with each other; here's hoping you'll share this and keep the conversation going.

Marla Morris: Mother. Teacher. Writer. Adjunct Professor at The Ohio State University. Marla is a freshly retired public school teacher who is excited to have time for all things creative. She spent 32 years educating young minds, teaching courses in Spanish, English, Reading, Journalism, and Theory of Knowledge. She is set to take on the challenge of training the next generation of teachers at OSU. She comes from a family of educators--parents, in-laws, husband, son and daughter-in-law are all in the biz. A lifetime ago, Marla was a young teacher trying to figure out how to reach kids through her craft. While spending over three decades fine-tuning the art of teaching, Marla served on just about every committee or task force that her school district needed and wore just as many hats. Always an advocate for students and second language acquisition, Marla likes to speak up when she sees an issue or a way to help. Marla lives in Ohio with her husband, Dan, dog, Pippa, and Kosmo the cat. Her two grown children are contributing adults--one is a teacher in Columbus and the other is an actor in New York City. Marla enjoys reading, writing, spending time with loved ones, cooking, and creating things with her hands. View all posts by cuposass